Where ARE the women? Not at SF Moma 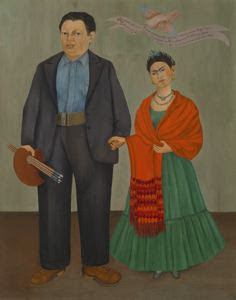 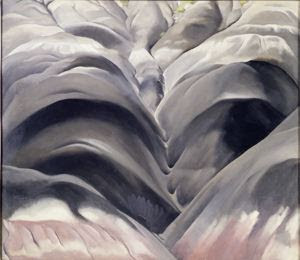 There has been a flurry of articles (yet again) on the lack of women artists in major museums.
Jerry Saltz at ArtNet posted one and I've seen others. Being a curious sort of person, I downloaded the alphabetical list of artists from the SF Moma permanent collection and formatted the web pages in Word. There are seventy-three pages of artists listed in the permanent collection. Of those seventy-three pages, only six pages are of women artists -- approximately 1/12 of the entire collection. The museum is currently showing works by fifteen women artists. So, out of the whole floor devoted to the "permanent" collection, we get to see paintings by fifteen women.

There are whole sections of art movements that have no women represented (Fauvism, Cubism, Surrealism). There are no women artists prior to the 1920’s and the one women artist displayed (Helen Minter) is one that I am not familiar with. The museum is not showing any works by Sonia Delaunay, Mary Cassat, Berte Morisot or even Suzanne Valadon. The museum does own one piece by Merit Oppenheim, the fur lined cup, which is a Dadaist icon and one of the most famous pieces in the history of 20th century art, but they have chosen not to display it.

Many of the women artists are dead; although the captions by their works do not describe when the works were purchased, it’s a safe assumption that the works were not purchased during their lifetime. In contrast, most of the male artists in the contemporary section are still alive: Jim Dine, Rauschenberg, Jasper Johns, Polke, Richter, Anselm Kiefer, Bill VIola.

The Rose, by Jay De Feo which is arguably the finest Bay Area painting of the last 50 years is not in the museum. The whole saga of The Rose and its entombment at the SFAI for over 40 years before being shipped to the Whitney is a salutary lesson on how women artists are viewed. 1 In the past, the museum has gone to great lengths to preserve fragile works by men artists, including some strange installations pieces involving honey, pennies and sheep that I remember viewing at the old SF MOMA and another one involving old tires. However, preserving and hanging The Rose seems to have been beyond their resources. Similar fragile works by Eva Hesse are on display but Hesse has reached iconographic status in the art world due to her beauty, her talent and her early death (probably due to toxic exposure of the materials used in her work). There is nothing like the early death of an artist to guarantee popularity.2

Only one image deals with a woman looking at a man – Kahlo’s painting of her self and her husband (who is infantilized in the painting and certainly not presented as an object of desire). "The body," which became a locus of so much academic theorizing is not represented in any part of the collection on display. In fact, the contemporary collection focus on non-representational women painters avoids the entire topic of the female gaze. While I would not necessarily say that the works displayed are “safe,” they certainly are non-confrontational in terms of women’s images of men.

The women painters represented in the permanent collection paint in the traditional (and more highly valued) medium of oil. There are no quilts, ceramics, needlework, or embroidery represented. Few of the paintings represent specific female areas of experience. The exceptions are the work by Kahlo of her and her husband and Brown of her son, Noel.

The work on the wall does not challenge any mainstream conceptions of the viewer. For instance, there are no works by Judy Chicago whose exhibit here in 1979 of “The Dinner Party” stimulated a wide variety of related exhibitions, performances and lectures at the museum and in the Bay Area generally. Unfortunately, the backlash that followed was so strong that it took 25 years before there was once again (at least on the West Coast) a major exhibition at a museum focusing on feminist art. 3

Women artists of color and especially those who deal with issues of color, race and gender are not represented at all. Betty Saar, Inez Sorer, Mildred Howard, and Viola Frey are not in the collection; many of them are from the Bay Area. The museum is in no danger of slipping into multiculturalism – at least as far as women artists go.

If art is a luxury that artists pay for, as the sculptor David Smith is supposed to have said, being an artist is an even great luxury for women. The world outside the museum does not present a level playing field for women but the work on the walls magnifies that inequality.

The more recent acquisitions do reflect a greater degree of equality. I saw works by Julie Nehru, an up-and-coming painter of Ethiopian descent, works by Tuba Chador, Chloe Pine, Shahs Islander and Rebecca Bollinger. However, there are no works by current Bay Area women artists including Katherine Sherwood and Squeek Carnwith, to name two. A current exhibit of "new and emerging artists" earlier this year showcased three men; one portrays women in a quasi-pornographic fashion (Zak Smith) and the other two artists also showed work that used sexuality as a theme but was not particularly interesting (IMHO).

According to the Guerrilla Girls newsletter (summer, 2005) the economic policies of the Bush Administration have come home to roost in the art auction market. A new generation of Bush Billionaires is the latest poker players in the world of contemporary art. They’re throwing millions of dollars at the work of a handful of living artists to see which ones will appreciate the most over time. Problem is, the super rich throw their money at artists who look like themselves: other white males. A recent feature article in The New York Times tracked two British artists of the same generation, with similar exhibition records, and similar critical success. An artwork by the guy brought not two or three but ten times the price at auction of a comparable work by the woman. Neither the SF MOMA website nor their descriptions of the paintings in the collection tell us who bought the work for the museum or when it was bought but the paucity of women artists leads me to the inescapable conclusion that while the politics of museum donors may be liberal, their views on women in the arts is not. Another statistic from the Guerrilla Girls Newsletter is for a different, but related art form:

“72% of NEA grants for Choreography in 2000 were awarded to men. Thirteen men received an average grant of $10,000. apiece. Three women received an average of $5000. apiece. Most of the companies appearing at prestigious NY venues_American Dance Festival, Brooklyn Academy Next Wave Festival, Joyce Theatre, etc.—were headed by men. Any dancers out there need some Guerrilla Girls posters? (Summer 2001)."

The evidence is overwhelming that women are discriminated against across the board so we shouldn’t be surprised that this extends to the SF MOMA, indeed, any museum. In fact, this is supported again by research done by the Guerrilla Girls:

“The Guerrilla Girls have always maintained that public museums have a special repsonsibility to be inclusive in their presentation of art and to not support discrimination, even if that discrimination has been perpetrated by one of their biggest donors. Four Decades of Art from the Broad Collections, now on exhibit at the Los Angeles County Museum of Art, contains work by one artist of color and 4 women out of 25 artists. That's 4% and 14%, respectively. SHAME, SHAME, SHAME! (Summer 2001).”

And another note on collectors:

“Did you know that wealthy art collectors sit on committees that vote on what works of art museums should buy? Artists get no say, members of the public get no say, but individuals who donate lots of money do. A NYT article about Larry Rinder, a Whitney Museum curator, followed him to dinner with a novice collector who had just donated $25,000 to join such a committee. For that amount, the collector gets to tell the Whitney what to collect. “4

I know that the Whitney, like most museums, is desperate for money in a country where there is virtually no government support for the arts, but let's face it: this kind of behavior would be considered unethical, if not illegal, in other professions. And worse, it insures that most of the work being acquired by museums (and preserved for the future) is work that the marketplace has validated, i.e., the work of while males. SF MOMA is very discreet about who their donors are and what specific works are donated by whom, but their website lists ways to give – through Foundations, corporate sponsorship or private donations. Given what we see on the walls, is there any doubt that SF MOMA follows in the footsteps of the Whitey or indeed, any museum in this country? The evidence is there: seventy-three pages of artists but only six pages of women artists. Fifteen women artists are on display in the permanent collection – a collection that stretches for half a block or more.

Whatever gains women have made in the last decade are under constant attack by our current administration. The progressive forces outside the art world are fighting to maintain what they have gained, in some very significant ways losing (stopping the continuing war in Iraq being the latest example). In art, as in every other field, there is a glass ceiling. While we may dream that the ivory tower of the museum is a refuge from the racial, gender and economic issues that impact our society, alas, it is not so. So, when it comes to the institutions of the art world, liberal SF is right up there with the rest of the country.

That's funny - I'm writing a similar piece for KQED about the lack of women in SFMOMA's permanent collection.

I've been following some of these articles that namasetnancy references and this was a great compilation and discussion. I'm heartened that some of the writers taking the museums to task are men, still, it's a shameful situation.

I saw "The Rose" at the UC Berkeley Museum of Modern Art several years ago and it is one of the most memorable works of art I've ever seen. I remember the emotional response I had to it to this day. At the time I was a total art illiterate. I didn't know the whole story of it's history here in SF. What a pity.

Great minds? I actually wrote this for a class last year but thought it was relevant to this blog so published it.

Thank you Margaret - this is quite a compliment as Newmark is one of my favorite downtown galleries. After all, you have the good taste to show our "very own Anna" as well as Anne Subercaux (a friend of mine) and the current exhibit by Paula Evers is simply superb. There's a current article at the LA times on "secret donors and deals" -- one of which is our very own Fisher of The Gap with his proposal for a new museum at the Presidio to house his collection. Want to bet that it's not chock full of women artists? I'd love to see who will go up in the new museum, assuming that it's build but the artists that have been named - and that I remember - are all men. That's not to say that work by women is superior just because they are women but as women represent 50% or more of those graduating from art school, their lack of representation is almost criminal. It's certainly a poor reflection on museum politics (and the purchasing policies of the donors)

Thank you so much for this succinct insight. I feel this issue is all-too-often dismissed by women and men alike. Great to see this.
Kara Joslyn