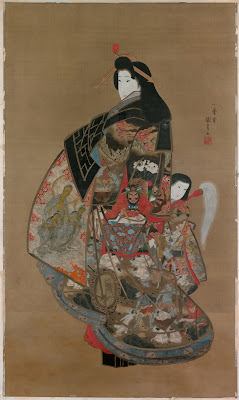 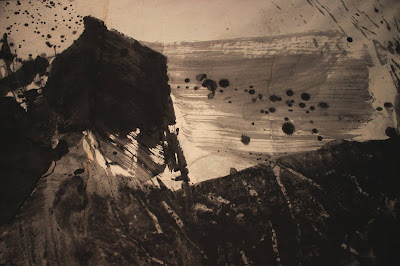 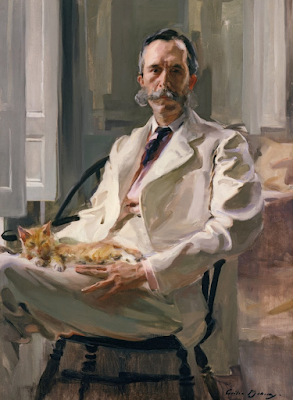 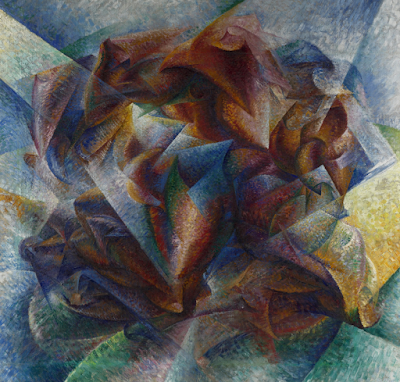 http://www.examiner.com/article/2015-the-year-that-was-art?CID=examiner_alerts_article
Posted by Nancy Ewart at 5:36 PM No comments: 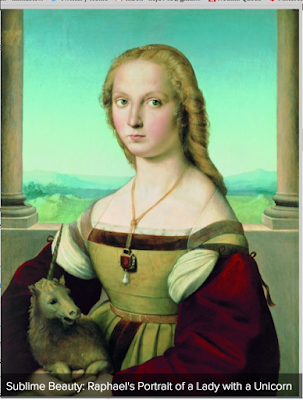 In his "Lives of the Artists," Renaissance writer Vasari declared that Heaven had bestowed upon Raphael the “infinite riches of her treasure.. of modesty, grace and talent.” His work personified the Renaissance ideals of clarity, order and balance.

Viewers will have a chance to decide for themselves when “Lady with a Unicorn." a one-painting exhibit opens at theLegion of Honor in January 2016. The work comes to us via the Cincinnati Art Museum and marks the very first timeRaphael’s “Portrait of a Lady with a Unicorn” has visited the United States, itself a reason for celebration.

http://www.examiner.com/article/raphael-s-lady-with-a-unicorn-opens-at-sf-s-legion-of-honor-january
Posted by Nancy Ewart at 9:03 AM No comments:

'Sunrise' and 'Time Tunnel' at the Chnese Culture Foundation

“Sunrise." by the Chinese Culture Foundation, is a project which takes the mundane pedestrian bridge from the Chinatown Hilton to Portsmouth Square and elevates it to a vision for Chinatown’s future. The bridge was built as a compromise for the 27-story hotel tower blocking sunlight to the square known by many as Chinatown’s living room. 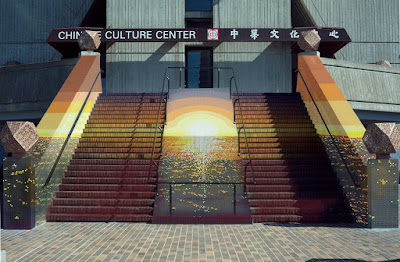 More at: http://www.examiner.com/article/sunrise-and-time-tunnel-at-the-chinese-culture-foundation
Posted by Nancy Ewart at 10:20 AM No comments: 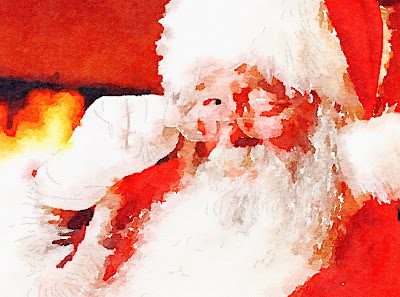 http://www.examiner.com/article/bay-area-art-and-holiday-events-for-dec-9-12?CID=examiner_alerts_article
Posted by Nancy Ewart at 1:02 PM No comments:

Closing events for the 100th anniversary of the Panama-Pacific Expo

Throughout 2015, the PPIE100, a citywide consortium of cultural, civic, and historical organizations, has conducted centennial programs to commemorate the PPIE’s historical significance and to reflect on its legacy. Yet, even as the city celebrates the triumphs of 1915, "The Palace of Fine Arts", the sole surviving building from the PPIE and Bernard Maybeck’s masterpiece, is slated to be turned over to private development companies who have proposed a host of money making ventures including a hotel, a restaurant, a gym and a spa. The rotunda, the columns, the temple in the lagoon and a performing art space are to be preserved. But the three final plans all incorporate commercial venues like hotels and restaurants, which will bring hundreds more cars into the already congested location. 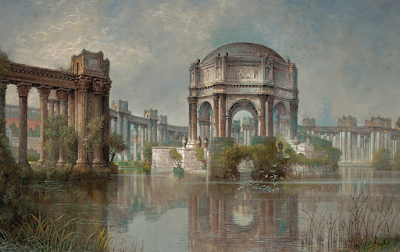 A local group, calling itself “Save the Palace of Fine Arts” has already collected 20,000+ signatures calling on the San Francisco Department of Parks and Recreation to use the space exclusively as a cultural and educational center. They face powerful opposition but, as in 1915, it’s not wise to underestimate the love that San Franciscan’s have for their city and their willingness to fight to preserve the legacy of the past.

More on the closing events here: http://www.examiner.com/article/closing-events-for-the-100th-anniversary-of-the-panama-pacific-expo?CID=examiner_alerts_article
Posted by Nancy Ewart at 8:17 AM No comments: