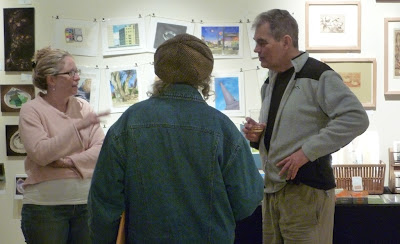 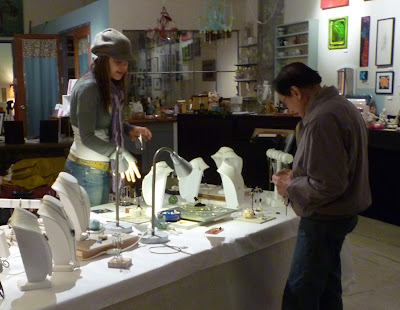 Monday morning San Francisco artist Federico "Pico" Sanchez died peacefully in his sleep, at his live-work space at Project Artaud. The "Prince of Artaud" will be hugely missed by his friends and neighbors, not only for his warm and friendly presence but his guidance during his frequent stints as president during his 20-plus years with the organization, his welcoming installations in the center patio and central hallway and his murals seen all over the Mission.

Tuesday was the closing day of his show "Three Tigers" (a group show with his two sons Hayyim and Solomon Sanchez) at Artillery Gallery on 2751 Mission street. Artillery Gallery will host a memorial for Sanchez on Thursday at 8:30 p.m. “Three Tigers” is held over until Friday.

Mission Local has a nice write-up about him here.

Here's a 22 minute audio (mp3) interview with Pico by Southern Exposure's Neighborhood Radio radio - he talks about his many years at Project Artaud.

SFGate interviewed Pico in 2007 for a story on changing real estate in the neighborhood:

When Mexican painter Pico Sanchez moved to San Francisco in the early 1980s, he joined an artists collective in the former American Can Co. building on Potrero Hill. Sanchez says the neighborhood was "much funkier" then. The train still ran along Florida Street every night at 7, and the greasy air wafting out of the Best Foods factory on the corner smelled like a fast-food restaurant. "There was nothing going on around here at all," he says, "Just hippies living out of their cars."

There will be a memorial service at Project Artaud on Saturday from 1-4pm, and a 1000memories page has been set up for Pico here.
Posted by Anna L. Conti at 1:47 AM 1 comment: