Celebrate the Year of the Dragon 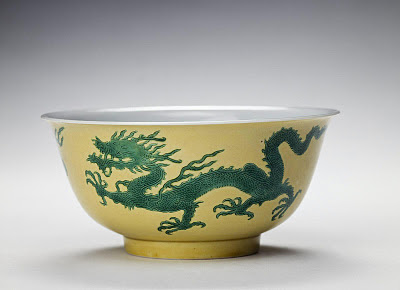 Bowl with a pair of dragons. Qing dynasty (1644-1911), Reign of the Kangxi Emperor (1662-1722). Porcelain with incised decoration, yellow glaze, polychrome enamels. China | Jiangxi province. The Avery Brundage Collection
As the Bay Area's Asian-American population approaches 2 million, its cultural diversity has grown. The Bay Area is now home to Mongolian, Tibetan, Cambodian, Laotian and Vietnamese populations, each with their own distinctive traditions and celebrations. Many of the celebrations are rooted in Buddhist beliefs, a spirit of sharing, a hope for abundance and prayers of peace. The Year of the Dragon's celebrations were kicked off with the first rain of the year - a good sign because it means abundance.
http://www.examiner.com/museum-in-san-francisco/year-of-the-water-dragon-celebrations-the-bay-area
Posted by Nancy Ewart at 3:46 PM No comments: 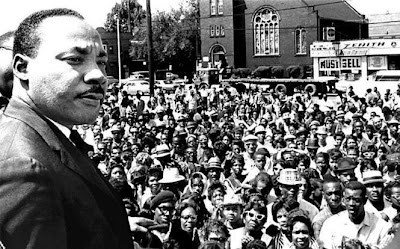 http://www.examiner.com/museum-in-san-francisco/honoring-martin-luther-king?CID=examiner_alerts_article
Posted by Nancy Ewart at 5:32 PM No comments: 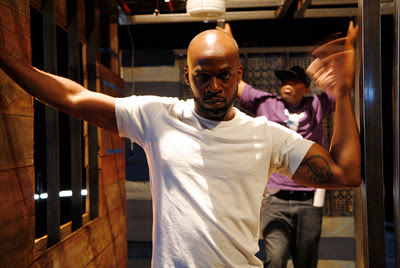 http://www.examiner.com/museum-in-san-francisco/yerba-buena-center-for-the-arts-choses-a-new-director-marc-bamuthi-joseph
Posted by Nancy Ewart at 11:35 AM No comments: 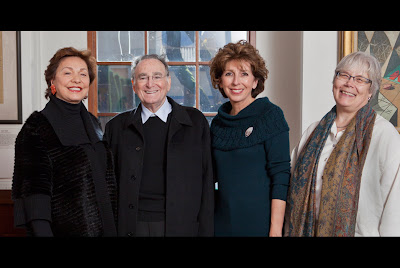 The museum will serve as a teaching and cultural resource for the region and provide opportunities to share the university’s artistic legacy, enhance its fine arts collection, and create new partnerships and collaborations.

Slated for completion in 2015, the museum will be named for donor Jan Shrem and his friend and arts patron Maria Manetti Farrow.

Born in Colombia of Jewish-Lebanese heritage, Shrem grew up in Jerusalem and moved to the U.S. as a teenager. After studying at UCLA, he built a successful publishing business in Japan, studied enology at the University of Bordeaux and later created the 450-acre wine estate, Clos Pegase. Shrem is now a member of the Director’s Circle for the San Francisco Museum of Modern Art, and serves on the board of the Family Winemakers of California.

“After our dear friend, Margrit Mondavi, introduced the idea of the new museum, we decided it would be an honor to join her in supporting this extraordinary university and in sharing its vision for the future,” Shrem said. “Our philosophy of giving rests on simple concepts: We believe that education and the arts should be accessible to all people. And we believe that a curious and open mind should be nurtured and supported. Fortunately, the project at UC Davis has introduced us to people who profoundly share this philosophy. It is with deepest pleasure that we are able to help bring this new museum to life.”

Shrem’s gift will be counted as part of The Campaign for UC Davis, a university wide initiative launched in 2006 to inspire 100,000 donors to contribute $1 billion in support of the university’s mission and vision.

http://www.examiner.com/museum-in-san-francisco/university-of-california-davis-receives-a-10-million-gift-for-a-new-art-museum
Posted by Nancy Ewart at 4:27 PM No comments: 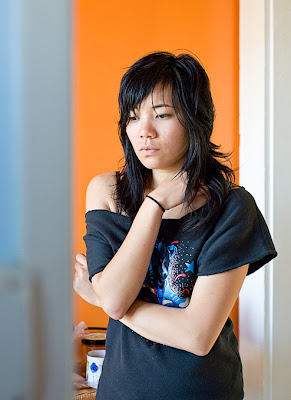 Winni Wintermeyer, Thao Nguyen, 2011
The focus this month is on the portrait at SFMOMA Artists Gallery Portrait Show as artists Kim Frohsin, Claire Pasquier, Winni Wintermeyer explore the portrait. The Berkeley Art Museum will be showing 40 of Andy Warhol's polaroid portraits of the famous and not-so-famous.

http://www.examiner.com/museum-in-san-francisco/sfmoma-artists-gallery-portrait-show-andy-warhol-at-the-berkeley-art-museum
Posted by Nancy Ewart at 12:04 PM No comments: 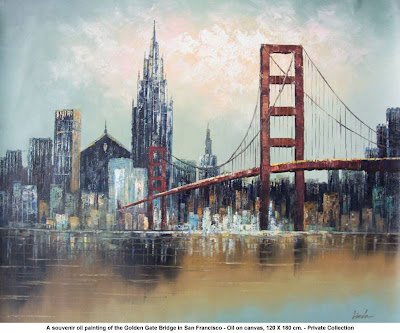 My arms are flung across the deep,
Into the clouds my towers soar,
And where the waters never sleep,
I guard the California shore.
Chief Engineer, Joseph Strauss (upon completion of the Golden Gate Bridge, 1937)
Celebrated by poets and painters, known as the “gateway to the Pacific,” the Golden Gate Bridge has been considered the the iconic symbol of San Francisco since it was finished in 1937. 2012 marks the 75th anniversary of this remarkable landmark.

To celebrate the bridge's 75th anniversary,  fifteen artists from the Bay Area and around the world will create on-site installations responding to the bridge as an icon, historic structure, and conceptual inspiration. Adopting the title "International Orange" from the bridge's color and organized by the nonprofit FOR-SITE Foundation,  the exhibits and installations will occupy selected areas of all three floors and the spacious courtyard of the historic Fort Point building.

http://www.examiner.com/museum-in-san-francisco/nancy-ewart
Posted by Nancy Ewart at 6:03 PM No comments: