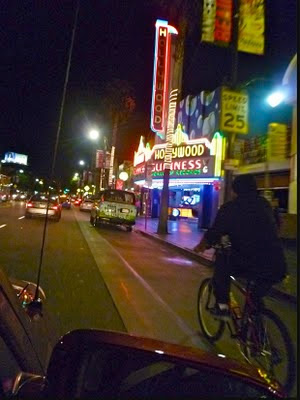 Photo by Anna Conti. LA Sunset Strip, Jan 2011. used with permission
Three of us (Anna Conti, David Sumner and myself) took a road trip to LA to attending the opening of a mutual friend, Sandy Yagi. Anna has posted an account of the trip on her blog and I'm working my way through my recollections on my blog. Four artists, four days, four different viewpoints, 441 photographs with probably more to come.
http://cheznamastenancy.blogspot.com/

http://workingartistsjournal.blogspot.com/
Posted by Nancy Ewart at 11:20 PM No comments: 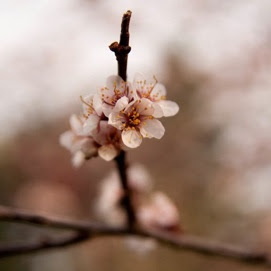 Bay Area photographer Kathleen Kelly spent the first seven months of 2010 in upstate New York, giving her the opportunity to see and photograph a real change of seasons for the first time. Some of the photos were taken in and around the town of Otsego and the village of Cooperstown, home of the Baseball Hall of Fame.

Little known baseball fact: There is only one stoplight in all of Cooperstown. By comparison, there are at least three stoplights in front of AT&T Park.

Her show of spring flowers and buds is now on the walls of Jonas on Hyde, between Vallejo and Green, in the Russian Hill neighborhood in San Francisco. Jonas is an art gallery with deli cold cases, or a deli with a lot more than menus on the walls, depending how you look at it.

Also of note: One of Kelly’s photos of a classic car hood ornament was chosen by SF Gate editors as one of the 22 best reader photos of 2010. See photo # 16.