Sponsored by the UCSF National Center of Excellence in Women’s Health, each part in the series invites Bay Area artists to present a body of work that interprets the idea of ‘serenity’ in order to inspire relaxation, well-being and calm. This installment of the series features artists whose work investigates CELESTIAL BODIES as object, inspiration and environment. The exhibit includes work that focuses on planets, the sun, the moon, stars and galaxies, and includes astronomical associations and metaphors for extraterrestrial journeys. This is the final installment in a series of 4 exhibits that explore our environment as a metaphor for 'serenity'.
Since 2007, the 'Serenity' series is the San Francisco Bay Area's largest continuous exhibit focused on positive, healing and uplifting artwork.
Curator: Matt McKinley
Venue: UCSF Center of Excellence in Women's Health
Showing through Jan 15, 2013
Floors 3, 4, 5, 6 and 7
2356 Sutter St (x. Divisadero) SF, CA

Posted by Phil Gravitt at 12:28 PM No comments:

They wanted to change the world, one photograph at a time. 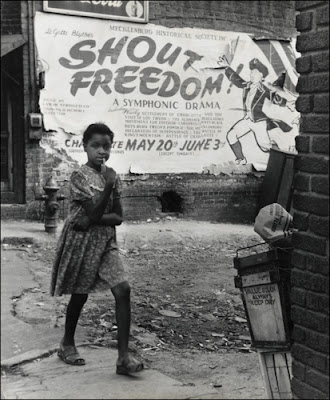 "The Radical Camera: New York’s Photo League, 1936–1951" now open at the Contemporary Jewish Museum (CJM) presents the contested path of the documentary photograph and the League during a tumultuous period that spanned the New Deal reforms of the Depression, World War II, and the Cold War. 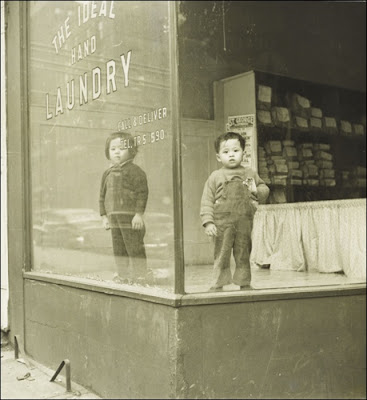 That could have been the motto of New York’s Photo League, founded in 1936 by young Jewish-American photographers Sid Grossman and Sol Libsohn. Young, idealistic, mostly Jewish, they believed in the expressive power of the documentary photograph and progressive, socialist ideas and art.

A unique complex of school, darkroom, gallery, and salon, the League was also a place where you learned about yourself. Sid Grossman, one of the founders, pushed students to discover not only the meaning of their work but also their relationship to it. This transformative approach was one of the League’s most innovative and influential contributions to the medium.

The group eventually had over 300 members, including legends in the field such as Berenice Abbott, Weegee and Aaron Siskind.

Their work resulted in a street-level, popular history of the era, told through documentary photographs of the marginalized. criminalized, and dispossessed. In its early years the League was committed to the idea of photography as honest and unmediated. A “true” and “good” picture was one in which aesthetic qualities did not overwhelm the content or subvert its message. The Leaguers were inspired to make inequity and discrimination tangible in their work.

Photographs, with titles such as "Shoemaker’s Lunch" and "Salvation Army Lassie in Front of a Woolworth Store," exposed issues of class, poverty, racial inequality, and lack of opportunity. 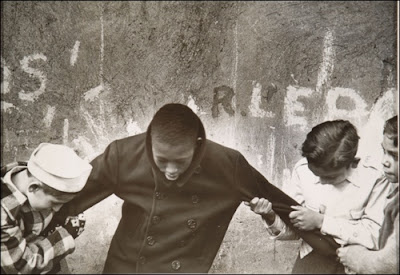 Vivian Cherry’s disturbing images of boys playing at lunching were the first photographs to link certain kinds of violence in children's games with racism.

The series was published by ’48 Magazine of the Year; Photography republished them in 1952, commenting, “The pictures are not pretty, but they do represent an attempt to . . . use a camera as a tool for social research.”

Sid Grossman, interviewed in the film, “Ordinary Miracles,” said that their desire was to “get close to people as human beings, to try to push them in a progressive direction."

The images range from the street life of the lower East side to farming communities hard hit by the dust bowl. The sensitive and compelling images of African-Americans were the first to document their lives with respect. showing their humanity and strength while coping with extreme poverty.

During its fifteen-year existence (1936–1951), the Photo League would mirror monumental shifts in the world starting with the Depression, through World War II, and ending with the Red Scare. Throughout those tumultuous times, its members engaged in lively debate and ongoing experimentation in the streets to propel documentary photography from factual images to a more subjective, poetic reading of life.

Presented in collaboration with another major Photo League collector, The Jewish Museum in New York City, “Radical Camera” offers nearly 150 photographs created around and during the league’s lifespan, as well as videos, oral histories and interactive displays.

The Cold War politics of the McCarthy era eventually destroyed the group. Shocked and dismayed at the attacks upon the organization, they mounted an exhibition entitled “This Is the Photo League,” which showcased the diversity and quality of its members’ work.

The retrospective opened in December 1948 with photographs by more than ninety past and present members. While it achieved a measure of critical attention, the effort came too late. By now, the political atmosphere was by now far too toxic. Membership and revenues dwindled and the group was ostracized.

Sid Grossman, the League’s great teacher and mentor who led passionate debates about the rolerole of the personal and subjective in the documentary image, was particularly victimized and disillusioned by the blacklist. He resigned in 1949 and retreated to Provincetown, Massachusetts.

There he continued to teach photography and to make art, but his reputation faded. Shortly before he died in 1955, at age forty-three, he commented with some irony on a late series of “pictures of birds” he had made in Cape Cod. They were, he acknowledged, scarcely the kind of documentary subject that he would have pursued earlier in life.

“Yet this material,” he said, “was quite harmonious with my past history as a photographer, visually and emotionally.” Grossman perhaps felt obliged to explain that these photographs, with their allover pattern of flickering light and agitated movement, drew upon the contemporary language of abstract expressionism. More poignantly, the birds’ feeding frenzy suggests the poisonous atmosphere that had finally forced him out of the League.

In 1950, the Photo League officially closed its doors, a casualty of the Cold War.

Although short lived, the Photo League’s influence was significant. The sense of artistic “presentness” and the assertion of the photographer’s identity in the work of artists such as Diane Arbus, Louis Faurer, Helen Levitt, and Robert Frank are, in many ways, the legacy of the Photo League as was the subjective, poetic renderings of social themes that would characterize the next generation of street photographers.

Review: http://www.examiner.com/article/the-radical-camera-new-york-s-photo-league-1936-1951-at-the-cjm
At the Contemporary Jewish Museum. http://www.thecjm.org/
Through January 31, 2013
Posted by Nancy Ewart at 5:06 PM No comments: 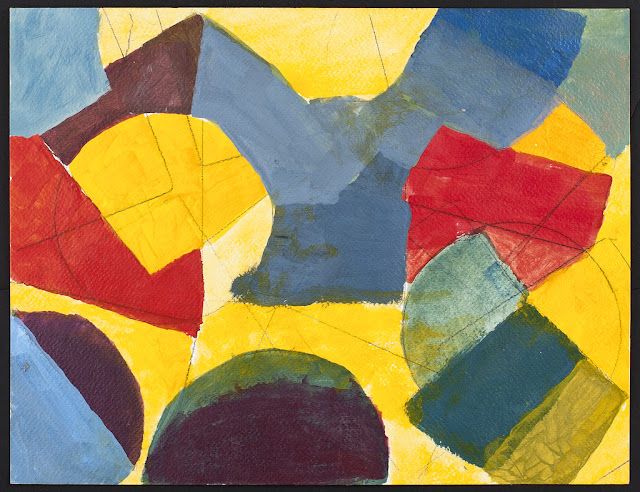 http://www.examiner.com/article/bay-area-s-elder-citizens-take-over-san-francisco-city-hall
Posted by Nancy Ewart at 5:01 PM No comments:

'Out of Character; Decoding Chinese Calligraphy' at the Asian

'Rudolph Nureyev, A Life in Dance' opens at the de Young 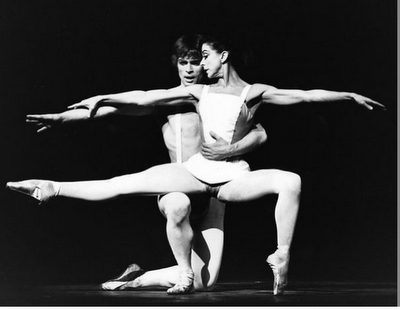 Posted by Nancy Ewart at 5:36 PM No comments:

Hopefully the weather will cool down so that walking will be bearable but this looks like a lot of fun. I went to Oakland's Art Murmur a couple of times and they aren't kidding about the crowds. I am a little too old for the party scene so I appreciate an opportunity to "just" look at the art:

http://www.examiner.com/article/oakland-s-first-friday-art-murmur-event-extended-to-a-saturday-gallery-stroll
Posted by Nancy Ewart at 2:49 PM No comments: