Cézanne: part of the Post Expressionist exhibit opening later this month at the De Young. 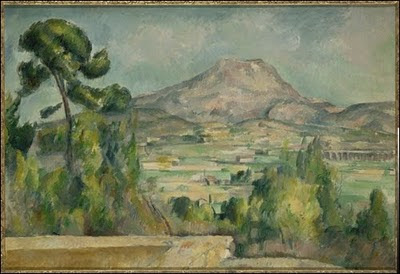 A year after he died,  a major exhibition of Cezanne's works opened at the Salon d'Autumne in Paris. Picasso, Braque and Matisse were among those crowding into the show--and stealing his secrets. But they would never steal his grandeur. Rilke, too, was there. "Not since Moses," he wrote to his wife, "has anyone seen a mountain so greatly."

Full piece up at:
http://www.examiner.com/museum-in-san-francisco/c-zanne-coming-to-the-de-young-september
Posted by Nancy Ewart at 1:32 PM