Upcoming First Thursdays - with a Wednesday thrown in extra!

Is it November already? 2009 has, well, not exactly flown by but certainly moved more quickly than I anticipated. Thanks to Anna and Sandy Yaga, who Anna wrote about (see below), I was able to get to Hunter's Point and saw a lot of great art. The day was warm and beautiful, the vibes mellow and welcoming and the rib sandwich (which I snagged a bit from Sandy) was utterly delicious. I saw several artists that I want to write about but first, some interesting upcoming shows which are opening this week, on in the case of Lost Art Salon, opening next Thursday.

Artists from Tehran at Intersection for the Arts:

Featuring the work of eight artists living in Tehran, Iran – Nima Alizadeh, Saba Alizadeh, Mohammad Ghazali, Ghazaleh Hedayat, Abbas Kowsari, Mehran Mohajer, Neda Razavipour, and Homayoun Sirizi – alongside new work by San Francisco- based artist Taraneh Hemami, this exhibition compiles a collective narrative of everyday Tehran, the largest city in the Middle East and the 16th most populated city in the world with close to 8 million residents. Representing the current unpredictability of each day in Tehran and also the hope that comes from imagining a better future, the artists chronicle narratives of place and time, demystifying life in a country that has been misunderstood and maligned for decades.
http://www.theintersection.org/ 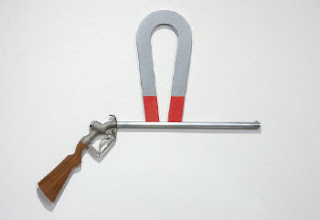 Lost Art Salon: Opening Thursday, November 12 - another in their continuing rediscovery of lost and forgotten artists: 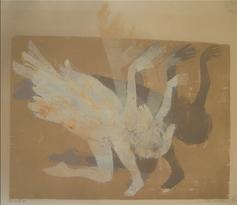 Woodcuts on paper by Hope Brooks Meryman made during her art career in New York City in the 1960s will be on display and for sale. Meryman was a master at capturing the feeling of a moment, the atmosphere of a particular place or the character of an individual. She cut little moments into large-scale woodblocks, giving them a timeless and iconic presence. Her life in New York City, her vacations to New England and her travels to the Mediterranean informed much of the imagery in her work.
http://www.lostartsalon.com/
Posted by Nancy Ewart at 10:22 AM