Prison Project at Intersection for the Arts

Last Saturday Dave & I went over to the 16th & Mission area to see the Activist Imagination show at Kearny Street Workshop, but when we were told to cool our heels in the hall because they were having a class in the galleries, we decided to check out some other places instead. 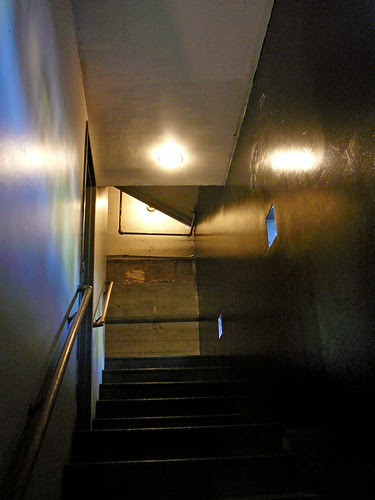 Luckily, there are plenty of art spaces near 16th & Mission. And no shortage of activist art. Intersection for the Arts has the best show right now, "The Prison Project." It starts as you slowly climb the dark staircase to the gallery, and notice that the holes in the outer wall project a camera-obscura image on the opposite wall . . . an inkling of the outside world, but no more. 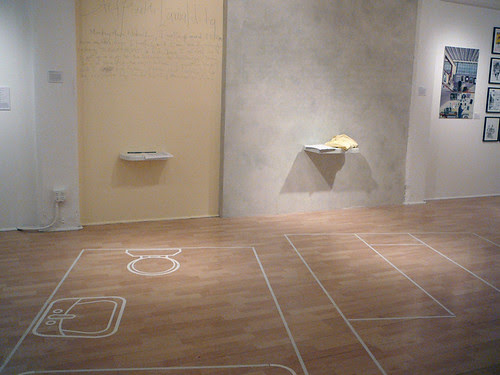 It's a group show of work that looks at the personal and social costs of the California Prison system. The exhibiting artists are mostly local, some imprisoned, some not. There's no question that this show has a strong political point to make, and the documented research that went into it is impressive, but there's some impressive art making here as well. 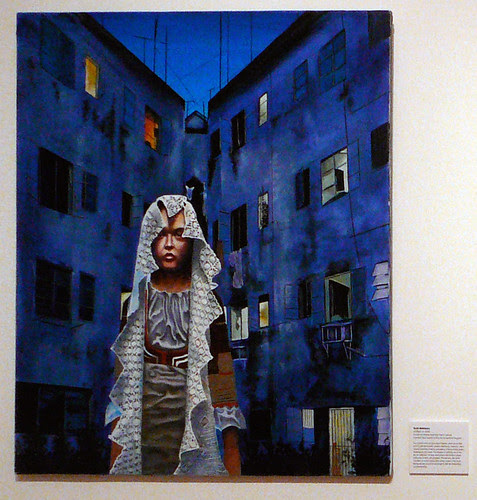 A high percentage of the work is the kind that requires many hours of careful, thoughtful, obsessive, time-consuming work. No surprise, when you consider that much of it was made by people who have an abundance of time and lack the distractions of contemporary life (a situation many artists and religious contemplatives take up by choice.) The most stunning example of this kind of art was the ink drawing of William Noguera. They looked like the kind of stippled Rapidograph art that I haven't seen in 30 years, and Noguera's technique is leagues ahead of most of what I remember. 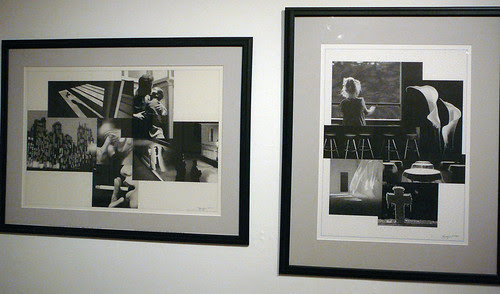 William Noguera - "To Lie In Amsterdam" (left) and "Voices Will Carry" (right), ink on paper

A guard tower constructed of hand-made books, which are illustrated with linoleum block prints is a collaborative project involving many people at two different institutions. It's impeccably designed constructed - amazing to think that it was built by committee. 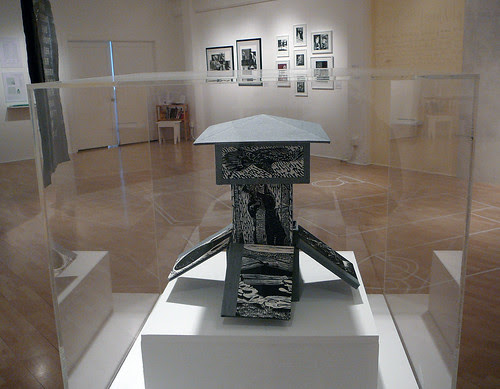 The gallery provides plenty of take-aways, including a 40 page booklet called "Golden Rules - A Guide to the California Prison System", that provide more facts and figures than the average person can absorb in a single visit to the gallery, and promtional material for "Wear Orange for a Day!" (Tuesday March 11, 2008.)

More photos at BAArtQuake's Flickr group and at Juxtapoz
Posted by Anna L. Conti at 12:34 PM