Frank Stella at the de Young and Bruce Conner at SFMOMA 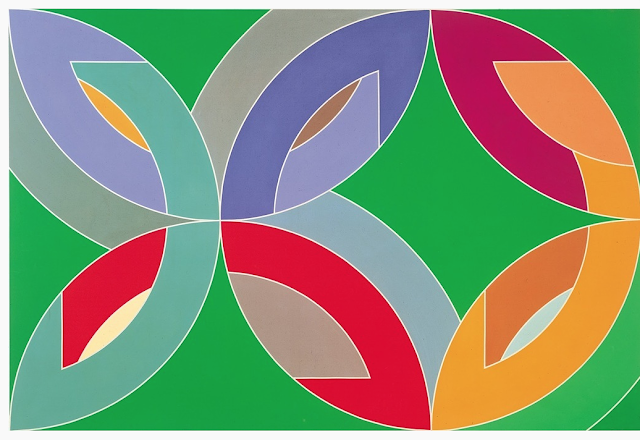 The museum visitor could not ask for a great contrast in styles and philosophy than the two retrospectives now up in San Francisco; Frani Stella at the de Young and Bruce Conner at SFMOMA. Stella specializes in bright, bold, non-expressive art, just right for that expensive loft, big corporate office or museum wall. He was crowned "Art King of NY" right out of art school and has consistently remained popular. 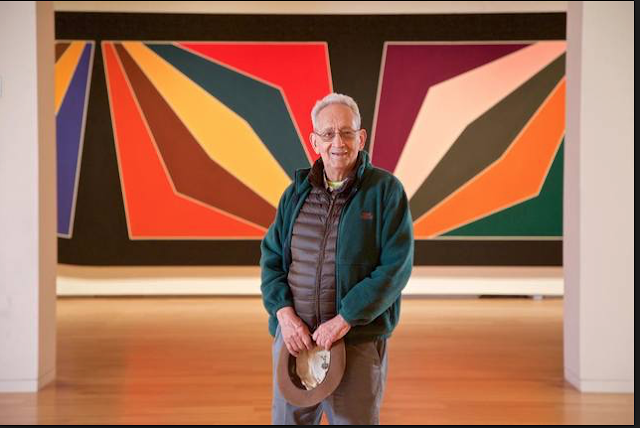 Bruce Conner's huge retrospective, now at SFMOMA, is a polar opposite. A deliberate outsider, a Peck's Bad Boy of art, Conner adored being angsty, depressive, grim, an avant guarde practice of art sketched in black. By the time he died at age 74 in 2008, the San Francisco–based artist had created films, collages, photograms, performances, assemblages, drawings, and paintings. He avoided celebrity like the plague and reveled in his outsider status. If Stella's work deliberately avoids emotion and any definition of self, Conner positively played with both ideas to the point where he announced his death....twice, before actually dying in 1974. 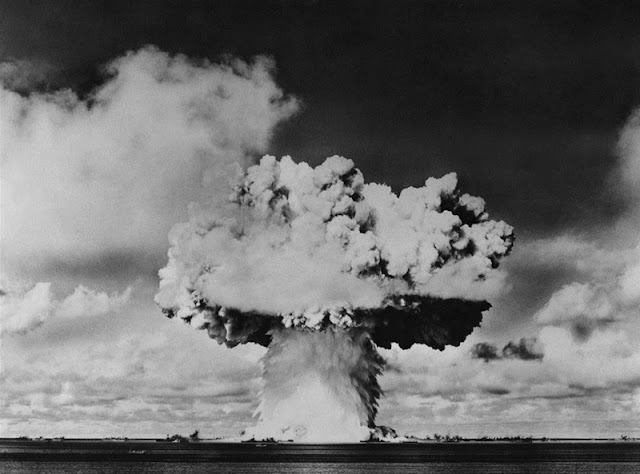 Conner told Kenneth Baker (then art critic for the SF Chronicle), "My entire history as an artist coincides with the history of the bomb," he told me in 2000, "and it's colored almost everything I've done. But I also don't see why you can't have a good time and be aware of your own mortality."