'Iconoclasm' at the McLoughlin Gallery 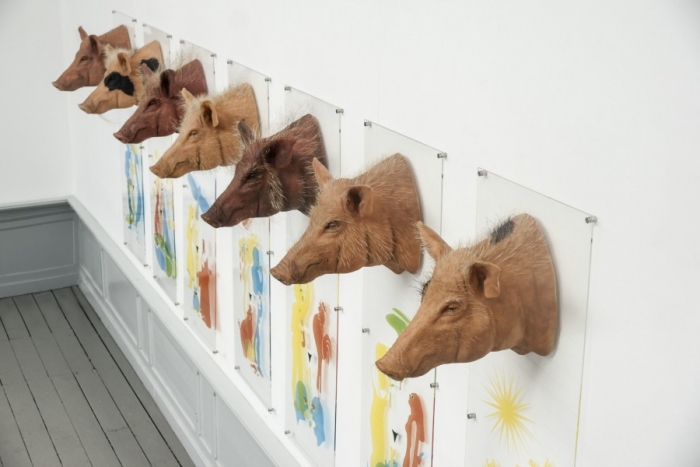 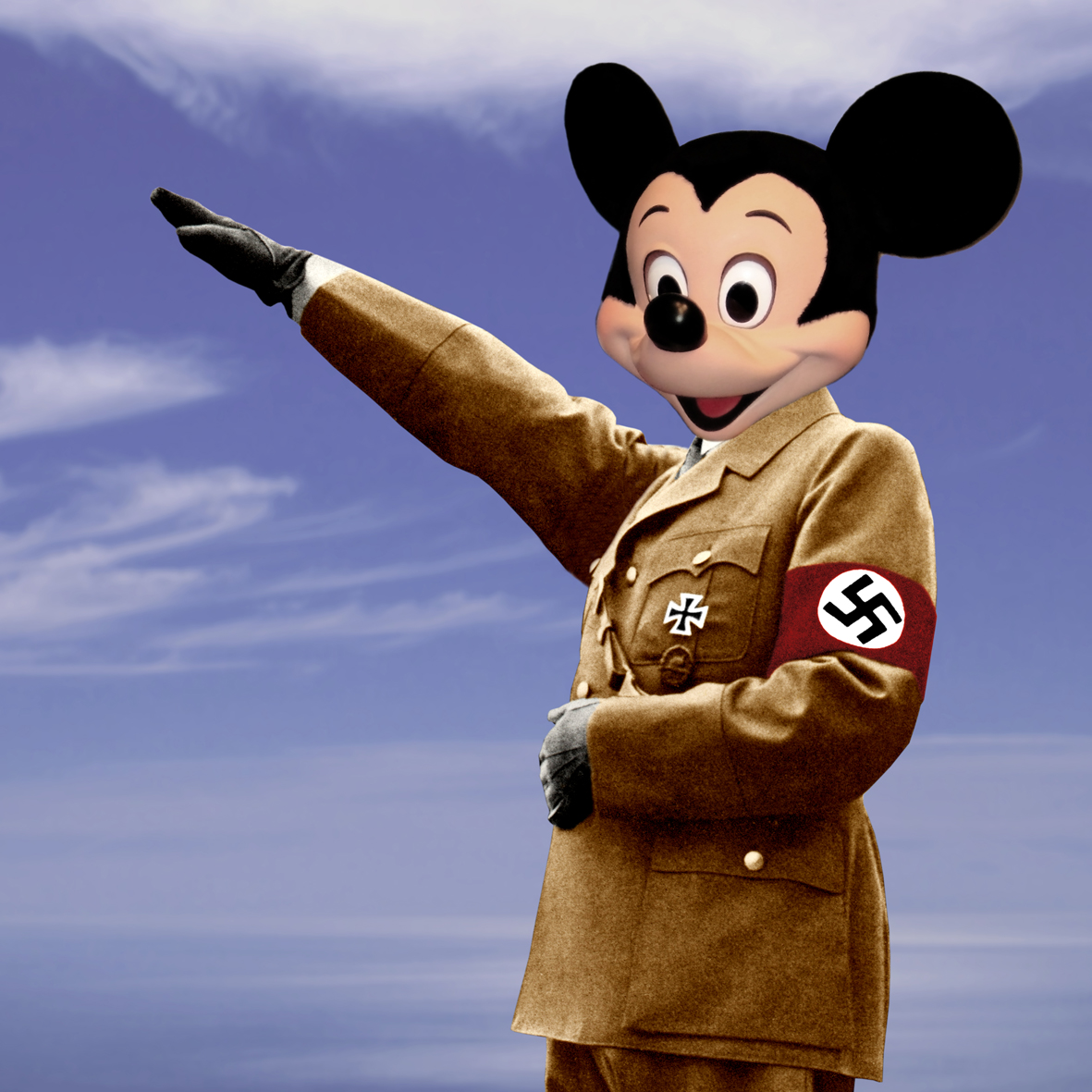 The title of the current show at the McLouglin Gallery, "Iconoclasm" is apt for the work presented by Italian artist Max Papeschi and Dutch artist Arnix is a deliberately provocative challenge to our common  assumptions about icons of popular culture and organized religion.

Sinclair Lewis is purported to have said, "When fascism comes to America, it will be wrapped in the flag and carrying a cross." Italian artist Max Papeschi updates that idea to the 21st century with his images of capitalist destruction masked by cute icons of consumer culture. Mickey Mouse wears a Nazi uniform, Kermit and Miss Piggy are posed in front of a burning house - coded symbols for the Fascism, the attack on democracy, financial crisis, and false advertising promoted by Fox News and financed by the Koch Brothers. Papeschi's background as a writer and director for theater, TV and film shows in his theatrical imagery, which doesn't make it any the less accurate.

His work is subversive, crude, genuinely populist and while made by an Italian, reflects the way that many Europeans and Americans view the current political and social scene. Eighteen altered photo collages display the heads of political figures photo shopped on the bodies of cartoon figures. Black against a white background, they only fail in two instances; Gandhi and Abraham Lincoln don't belong in this gallery of the dictators and sadists. In his 12'x12 images, Papeschi portrays dictators such as Hitler as Charlie Chaplain, Lenin and Stalin as Laurel and Hardy and Marx as a cheerleader. The effect is shocking and slightly nauseating.

One can't call the Disney characters and the Muppets images limited to America; American advertising and ubiquitous advertising have popularized these images - and the ideas they represent - over the globe. To look at his work carefully is to see the hypocrisy behind the slick facade of fake prosperity to hollow ideas and genuine looming disaster.

The “American Dream” so glossily presented at the McLoughlin Gallery is becoming a fantasy with upward mobility almost nonexistent for the poor living within a stratified society and placated by the fantasies of mass advertising so cleverly and crassly shown by Pappeschi’s digital images.

Dutch Artist Arnix (a pseudonym) confronts the power of largely Catholic iconography through a subversive engagement with religious symbolism. Raised as a Roman Catholic, Arnix also has a sharp eye for manipulation and hypocrisy. In a statement on his website, Arnix wrote, "Faith and power. I get their reason for being. Although I have no faith myself, I understand that religion helps and supports people. Great, let’s keep it that way. I also understand that we need to guard our territory. What I really don’t get is that institutions dealing with power turn away from justice."

"The Seven Deadly Sins" are portrayed in pastel images with stick on shapes fixed on linear plastic plates.  Each plate is topped by a silicone (and realistic looking) pig's head. The pig represents filth, dissolute living, an image that rightly or wrongly disgusts us. Each panel represents another one of the deadly sins - anger, greed, sloth, pride, lust, envy, and gluttony. Given the saturation of our culture with pornographic and quasi-pornographic images, Arnix’s use of pig’s heads was necessary to get the viewer’s attention. Otherwise the delicate and pastel colored figures on his plates would be admired for their beauty while the deeper message is ignored.

Elegant votives containing candles and male genitalia, sculptures combining creepily realistic silicone body parts placed inside antique copper and brass buckets and adorned with strategically placed crucifixes are set out in orderly fashion on the floor and along the walls of the gallery. Masks of the human face with a cross in their mouths mimic the graveyards to the “honored dead” which are scattered all over Europe. This particular instillation misses the mark as many of those buried died to free Europe from Nazism but, then, there is no mandate for a conceptual artist to be completely historically accurate. Nevertheless, the mark of a Catholic upbringing has left its mark on Arnix as well as many others.